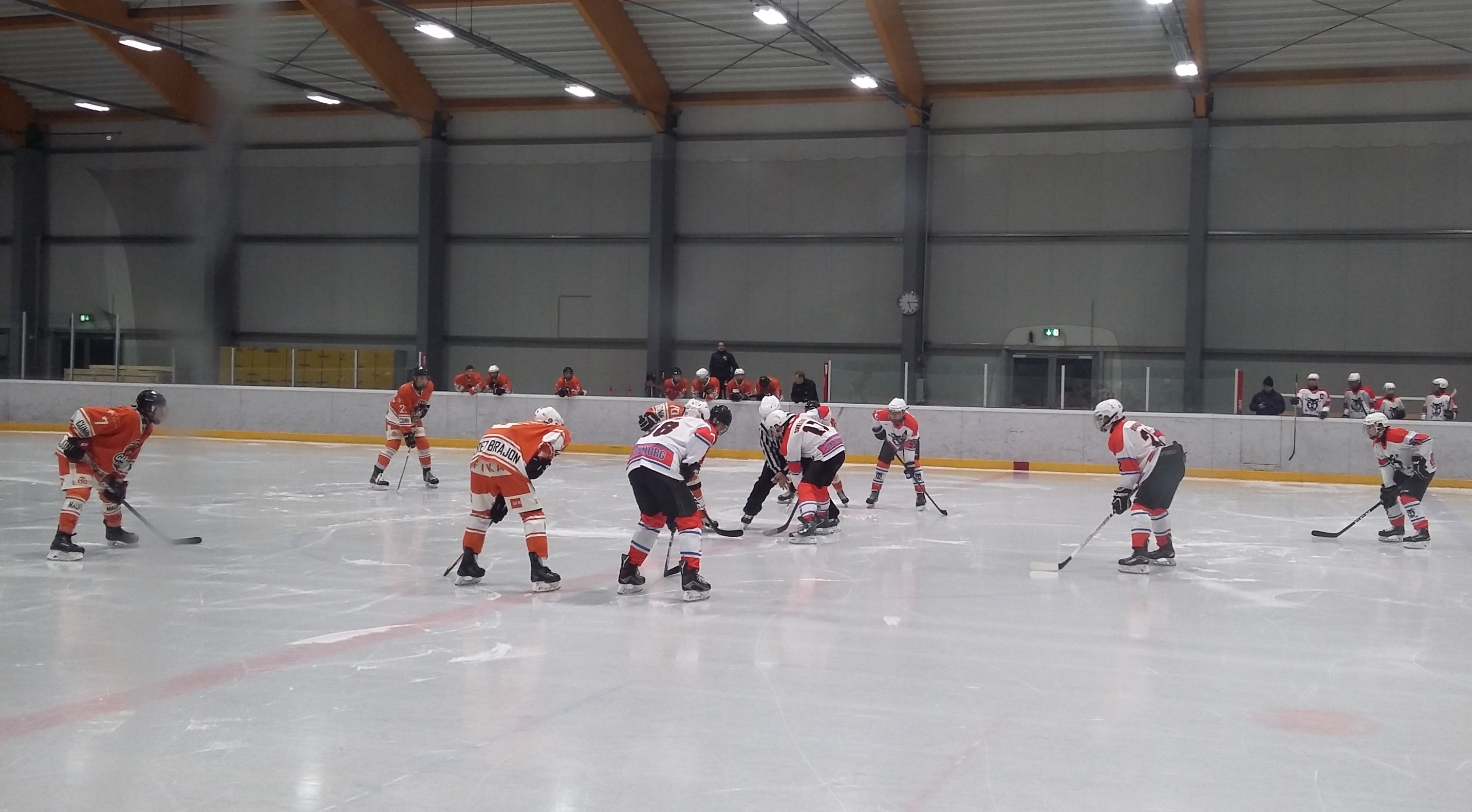 The U17 Huskies team faced off against their arch rivals, Gamyo Epinal in a close competition.  Gamyo scored first but the Huskies came back and tied it before the end of the first period.  Goalie Jacob Defoa played exceptionally well with several break away saves and a 2 on 0 save to keep the game close.  After the second period, the score was 5-2 with Arthur Ferretti scoring another goal for Huskies.  In the third period, Jacob Defoa, blanked the opponents and kept the puck out of the net to give the Huskies team a chance to catch up.  Lauren Defoa, scored a goal from the half boards in the offensive zone and cut the lead to only a 2 goal difference.  With 3 minutes left, the Huskies pushed hard and we’re close several times before the time expired.  It was a spirited competition which resulted in a tight and close game.  Arthur Ferretti with 2 goals, Rueben Tanner with 2 assists, Lauren Defoa with 1 goal.
Head coach Mike LAM